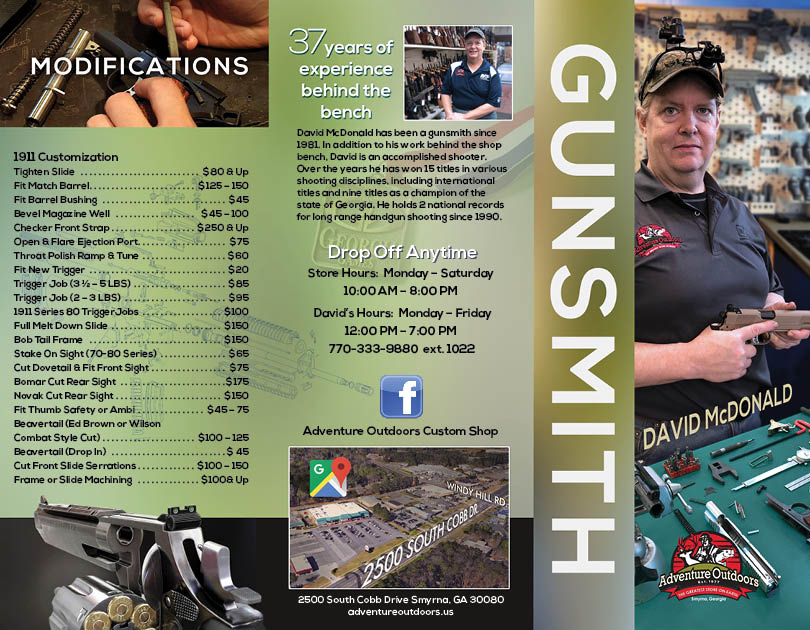 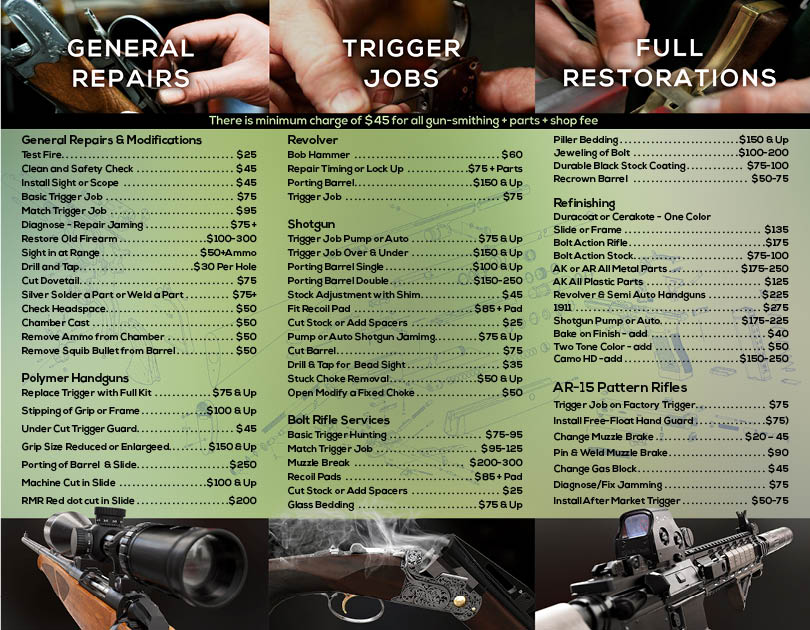 David McDonald has been a gunsmith since 1981. In addition to his work behind the shop bench, David is an accomplished shooter. Over the years he has won 15 titles in various shooting disciplines, including international titles and nine titles as a champion of the state of Georgia. He has been a national record holder for long range handgun shooting since 1990. 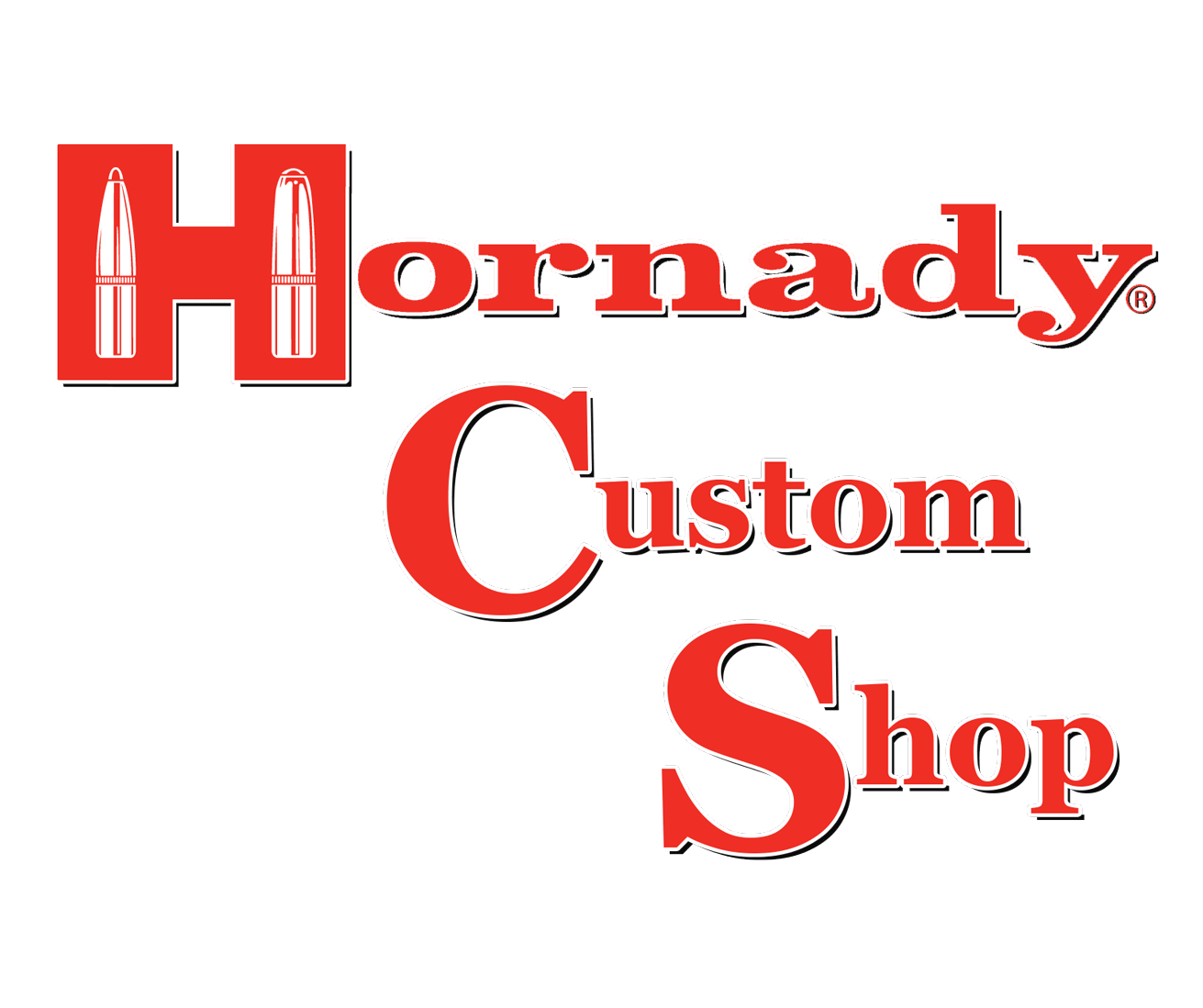